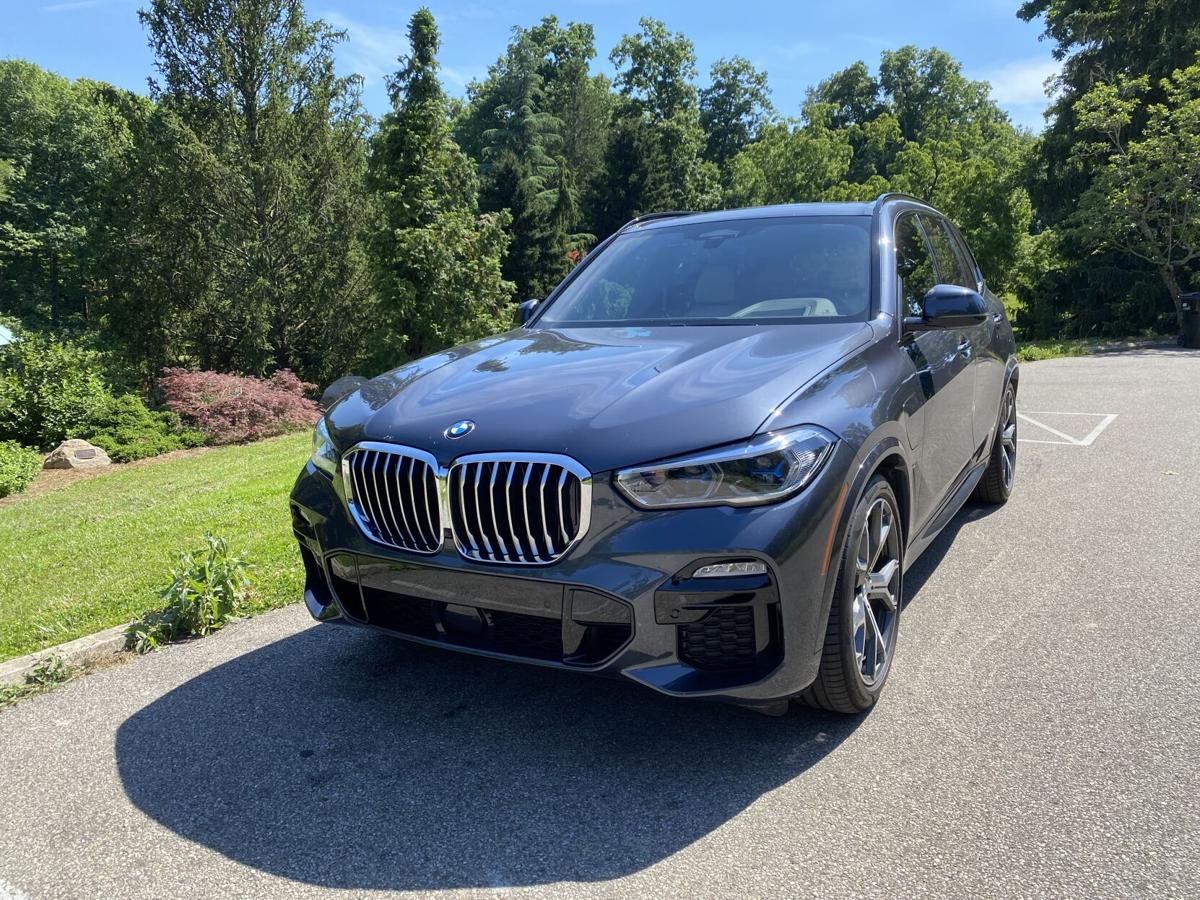 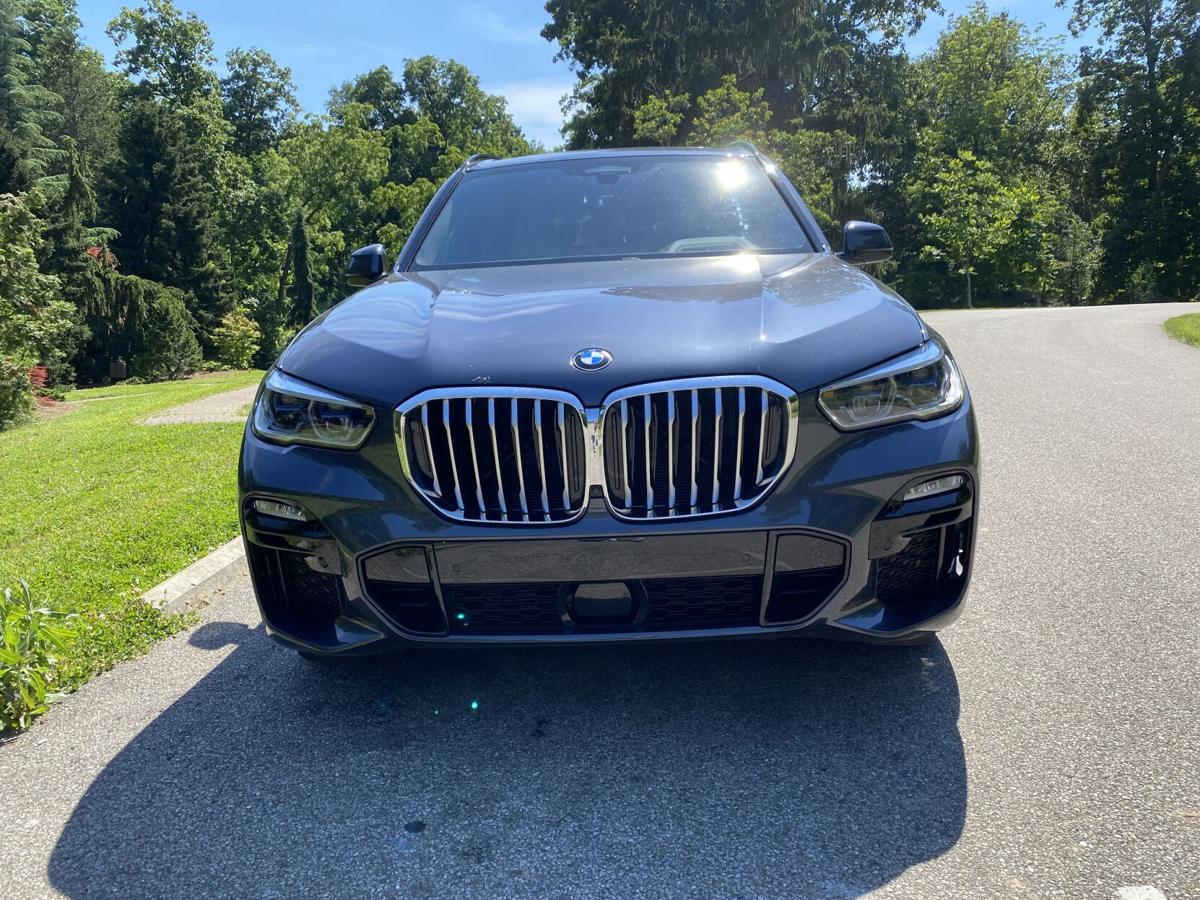 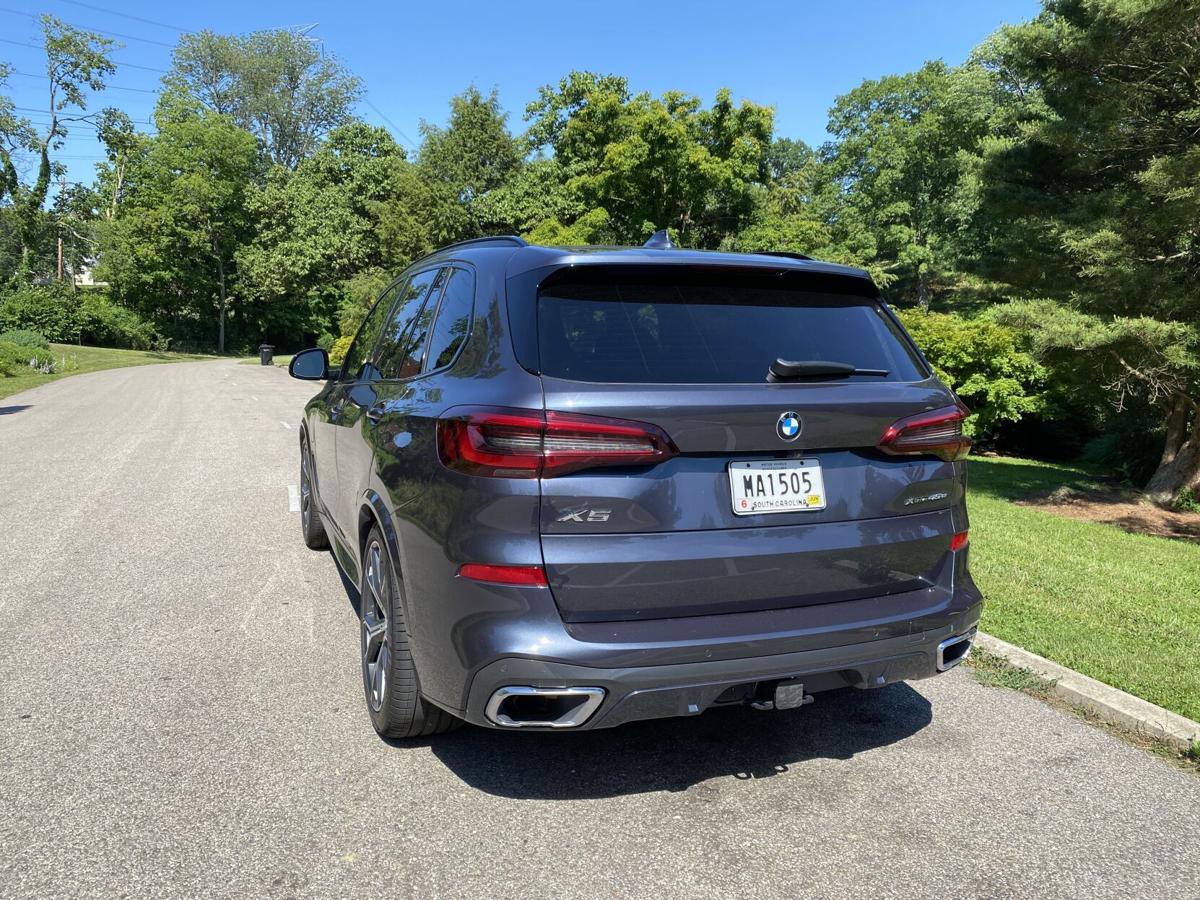 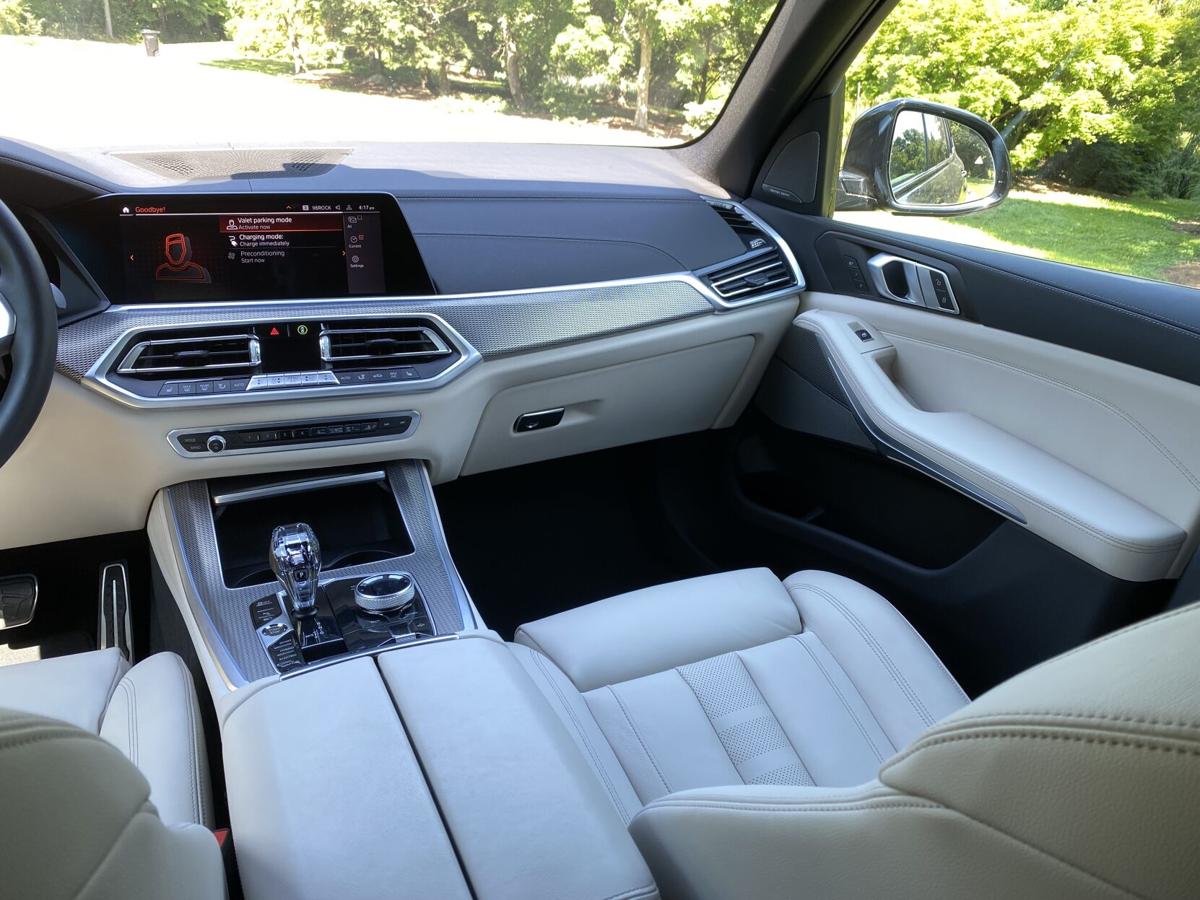 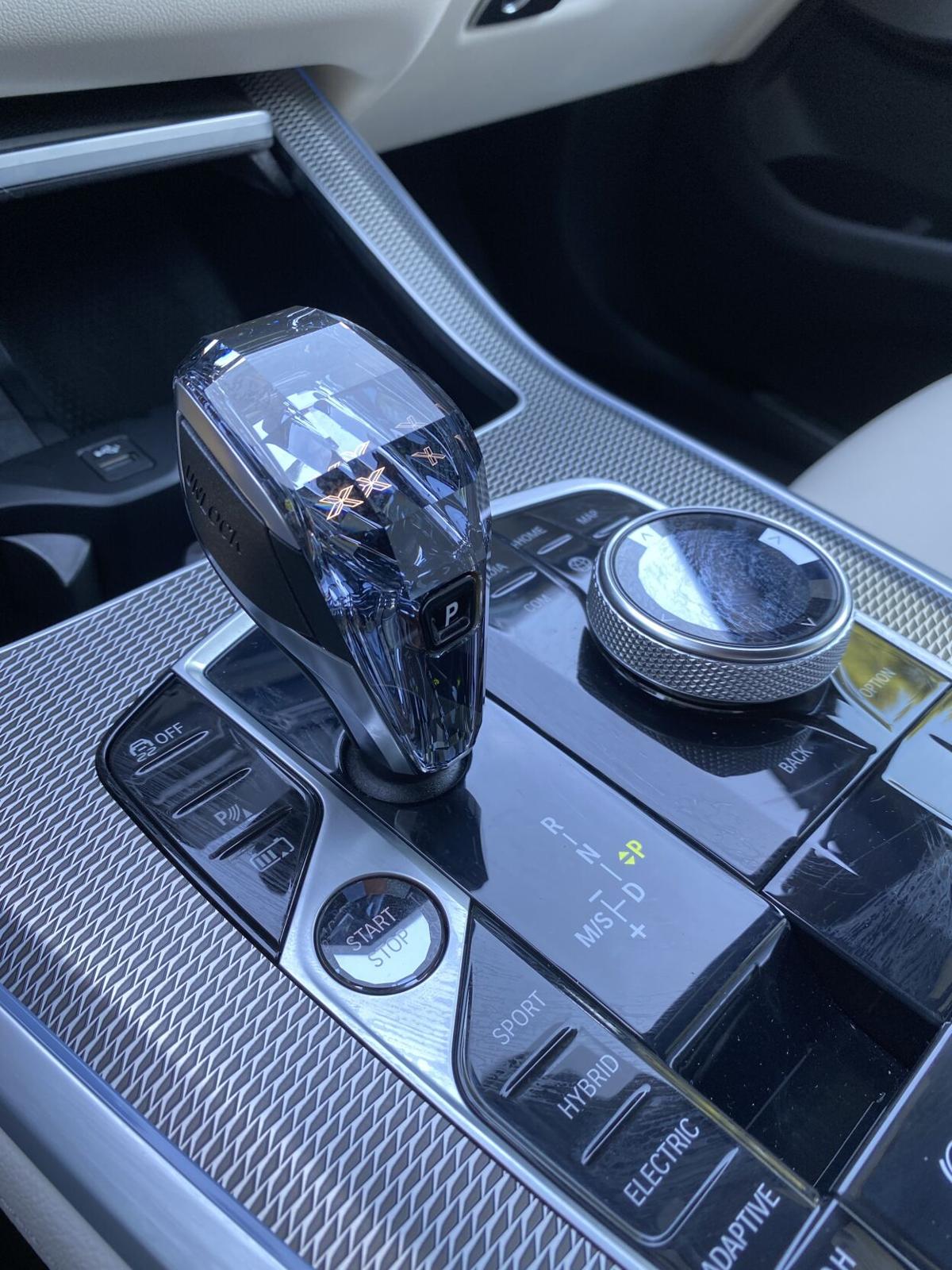 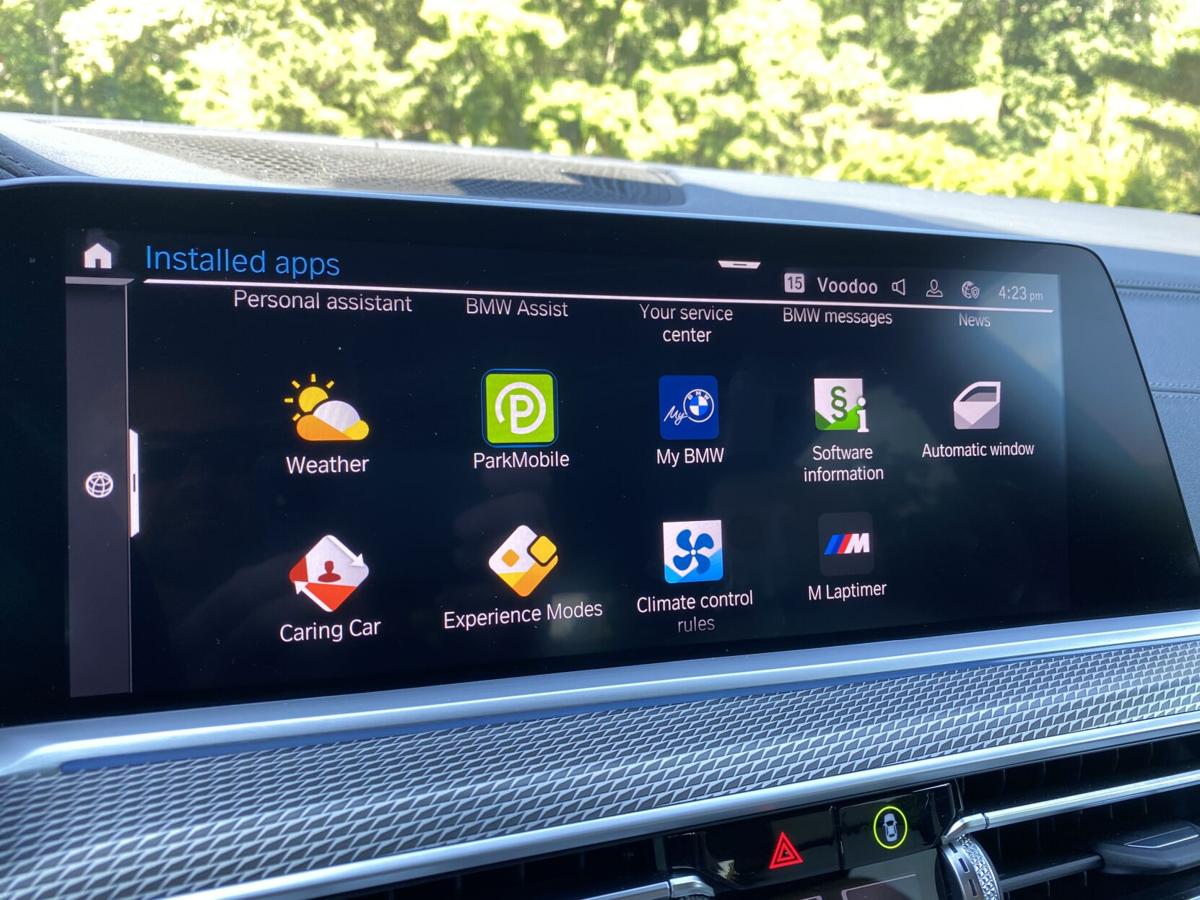 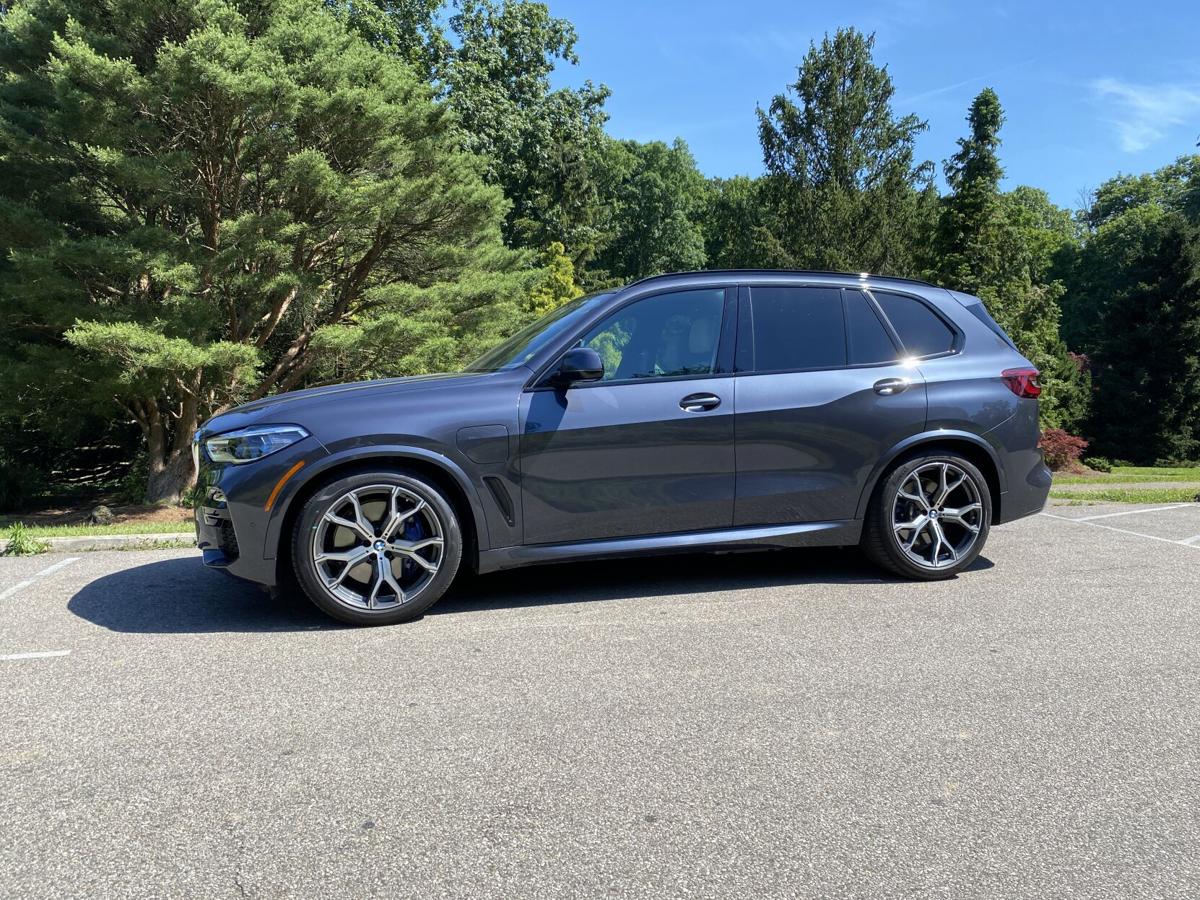 The acronym PHEV is showing up more and more in the auto industry. It stands for plug-in hybrid electric vehicle. It basically means that it’s more than just a standard hybrid but has an electric motor that can be plugged in to be recharged. This combination means it is both more fuel efficient and also more powerful.

For the 2021 model year the popular midsize SUV from BMW, the X5, gets a PHEV variant. And as expected, the outcome means a quicker, more powerful and more fuel efficient luxury SUV. How can that be a bad thing?

If you haven’t seen a new BMW lately, there’s a new grille and new overall “look” for Beamers. There’s still the same general shape of the grille, but it’s little more updated, but still very identifiable as a BMW with specific distinction. I’m okay with the looks, as others have pushed back against the new look. Things have to change or they get stagnant. For the X5 it still looks thoroughly modern and still very much looks the part of a luxurious BMW.

The profile of the X5 is rather mediocre, but par for the course when it comes to compact SUVs. There are so few truly bold and attractive compact SUVs on the market. While I like the front end and the back end, the profile lacks much personality.

In the back, the taillights are wide and expansive. They cross over the tailgate and fold over the C-Pillar. The wide, thing taillights are attractive and distinctive at night. The rear spoiler shows its playful side as does the dual exhaust. The back end of the X5 is the most attractive side to this SUV.

The biggest addition to the 2021 model year is the xDrive45e, which brings with the plug-in hybrid electric assist motor along with all-wheel drive. The turbocharged 3.0-liter six-cylinder engine was already powerful, but with the xDrive45e it gets even more performance with 389 horses and 331 lb./ft. of torque. The eight-speed automatic transmission is tremendous and became instantly one of my favorite eight speed transmissions on the market currently.

Plug in the X5 and you can achieve 30 miles of range. That seems small, and it is. When you compile the fact that to achieve full charge takes about five hours on a 240 outlet and it’s almost pointless. In doing so, however, you do see more horsepower and can achieve an average fuel economy of 50 MPGe combined city and highway. For an SUV with more than 330 horsepower, that’s impressive, and worth plugging it in overnight.

Plus less stops to refuel means even more savings, all of that extra performance aside, that’s a good thing considering today’s pump prices.

The X5 is set up as a five-passenger crossover, although there is a third-row option. But considering the length of this SUV, I would imagine that would be a nearly useless third row when it comes to passenger comfort. My tester was the five-passenger with a cabin that’s everything you expect from BMW.

Soft touchpoints and high-quality materials are found throughout. The second row has great legroom and headroom for three adults to fit comfortably. The cabin is quiet and feels luxurious and special.

One downside to the addition of the xDrive45e is the loss of cargo room. The PHEV variant loses cargo room for the gasoline only. The standard rear cargo room is 33.9 cubic feet, but that number dips to 33.1 cubic feet with the PHEV. There is a hands-free power liftgate and the rear seats can fold down to offer up 71.2 cubic feet of overall cargo room.

BMW's infotainment system has made improvements through the years. In the X5 it is still tech-heavy and thus has a higher learning curve, but with a bright screen, full of useful apps, the overall user experience is outstanding, with simpler smartphone integration too.

Manufacturer’s suggest retail price for the X5 xDrive45e is $65,400. My tester added packages (as the German automakers commonly do) that increased the price. Loaded with the M Sport package, Executive package, and the sensor-based Driver Assistance Pro package, my tester had a final price tag of $81,695.

The auto industry is heading, rather quickly, toward electrification. PHEVs like the BMW X5 with the xDrive45e are good initial introductions to EVs. It’s a way for the consumer to dip their toe into the world of EVs, without any of the range anxiety worries. And an SUV like the X5 will surely put to rest any misnomer you might have that a PHEV is slow as this is one fast, fun-to-drive PHEV.