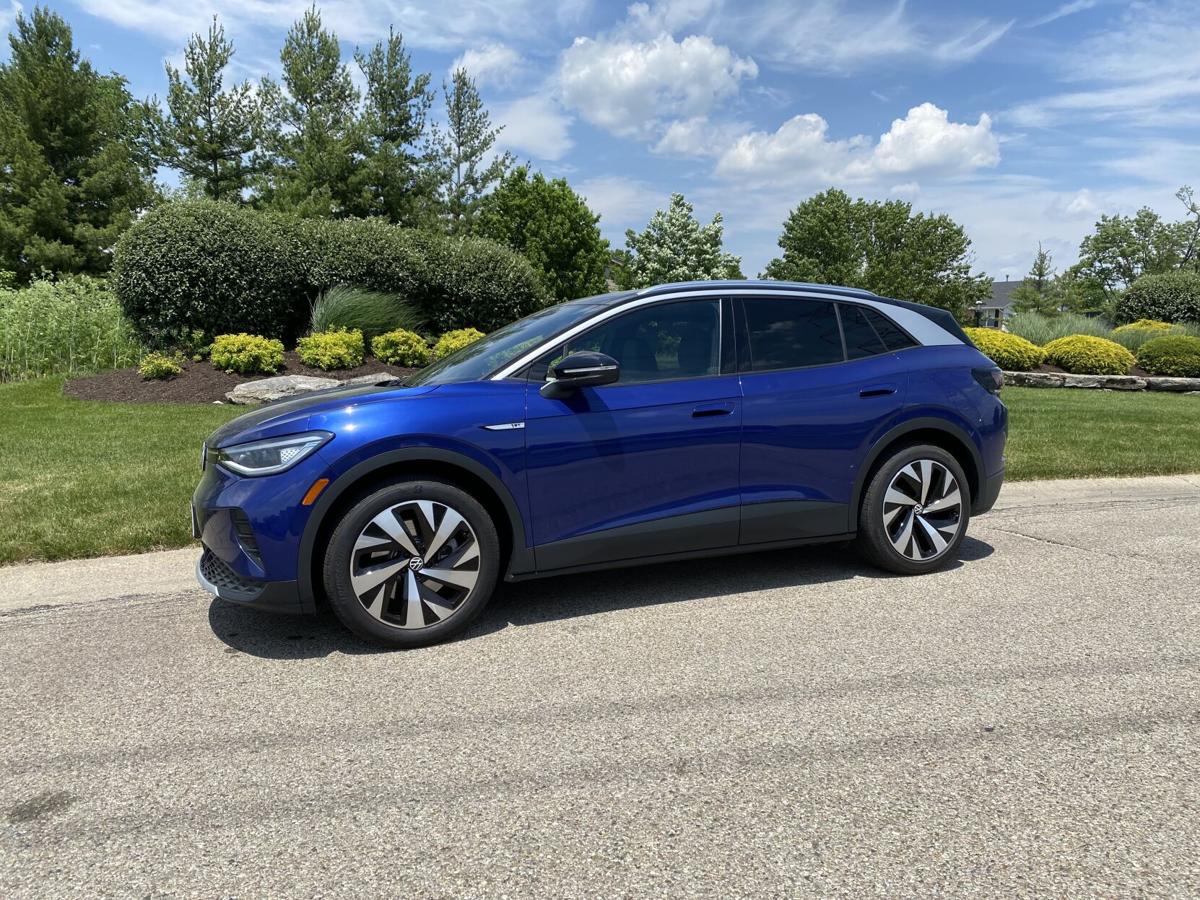 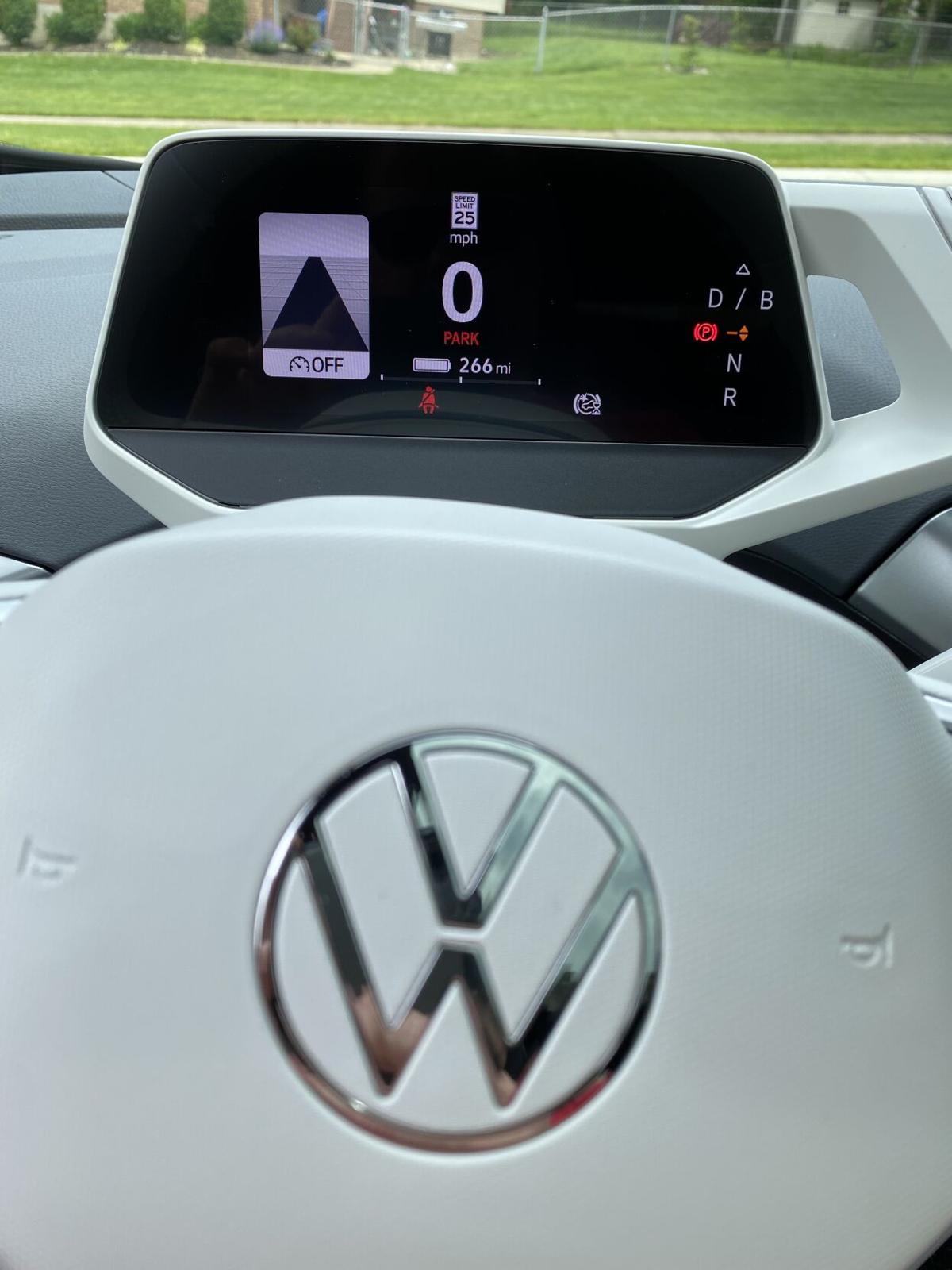 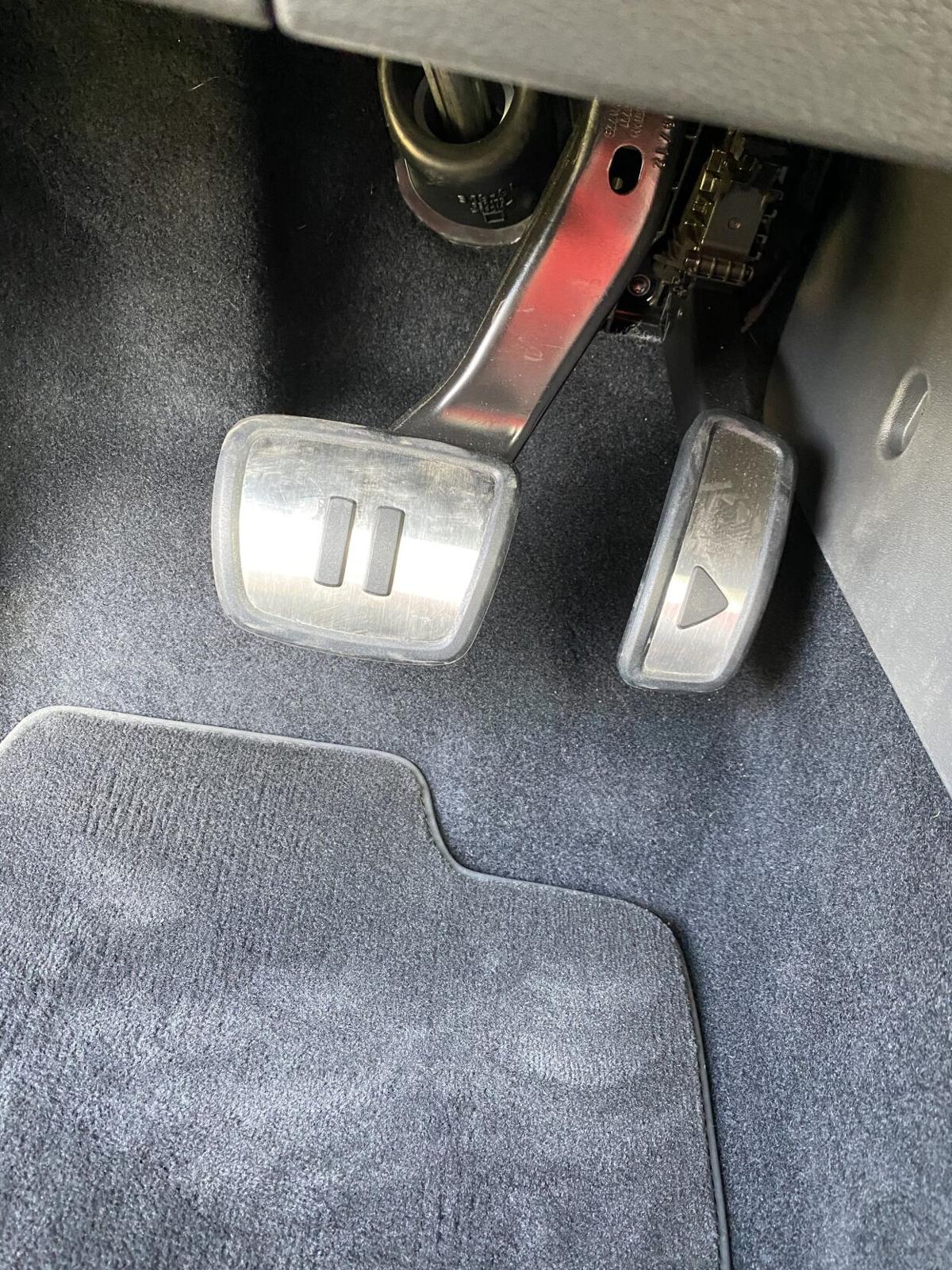 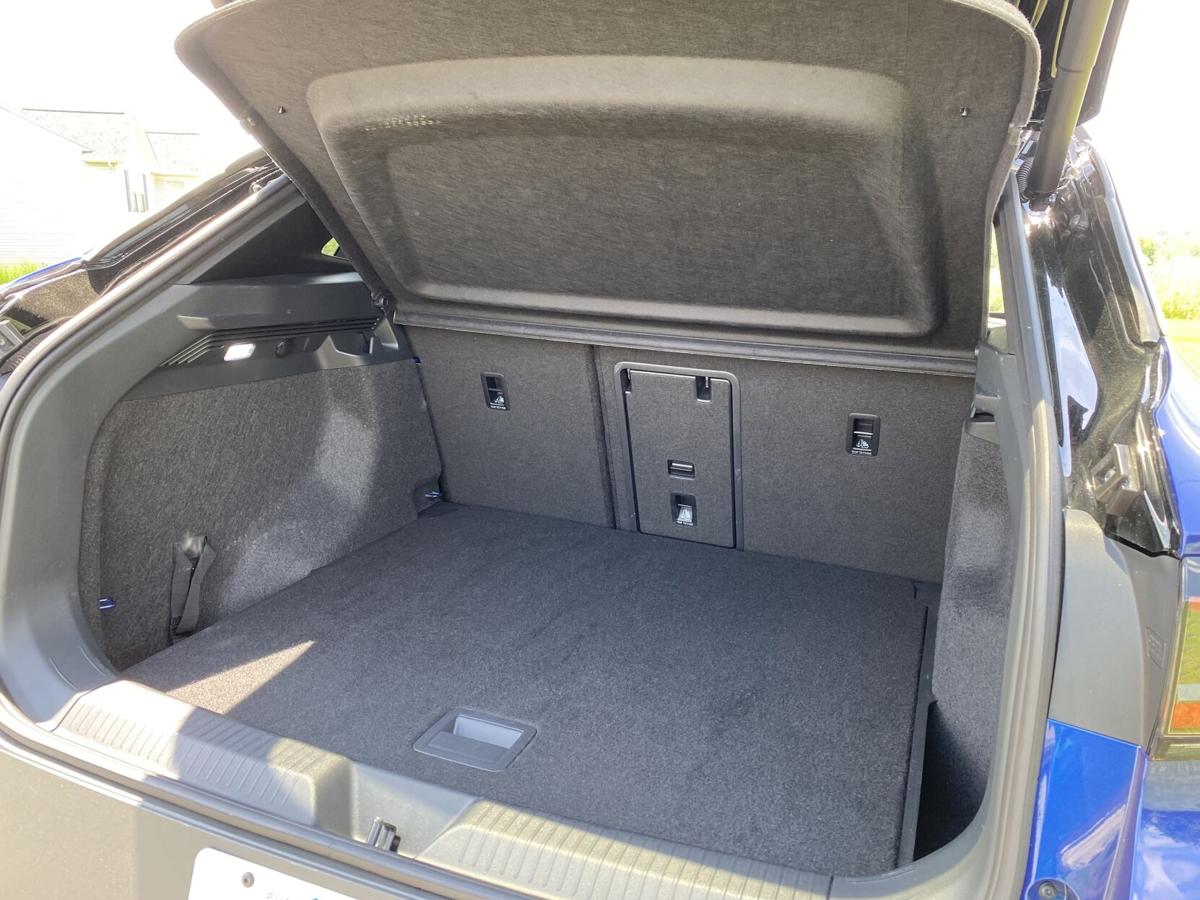 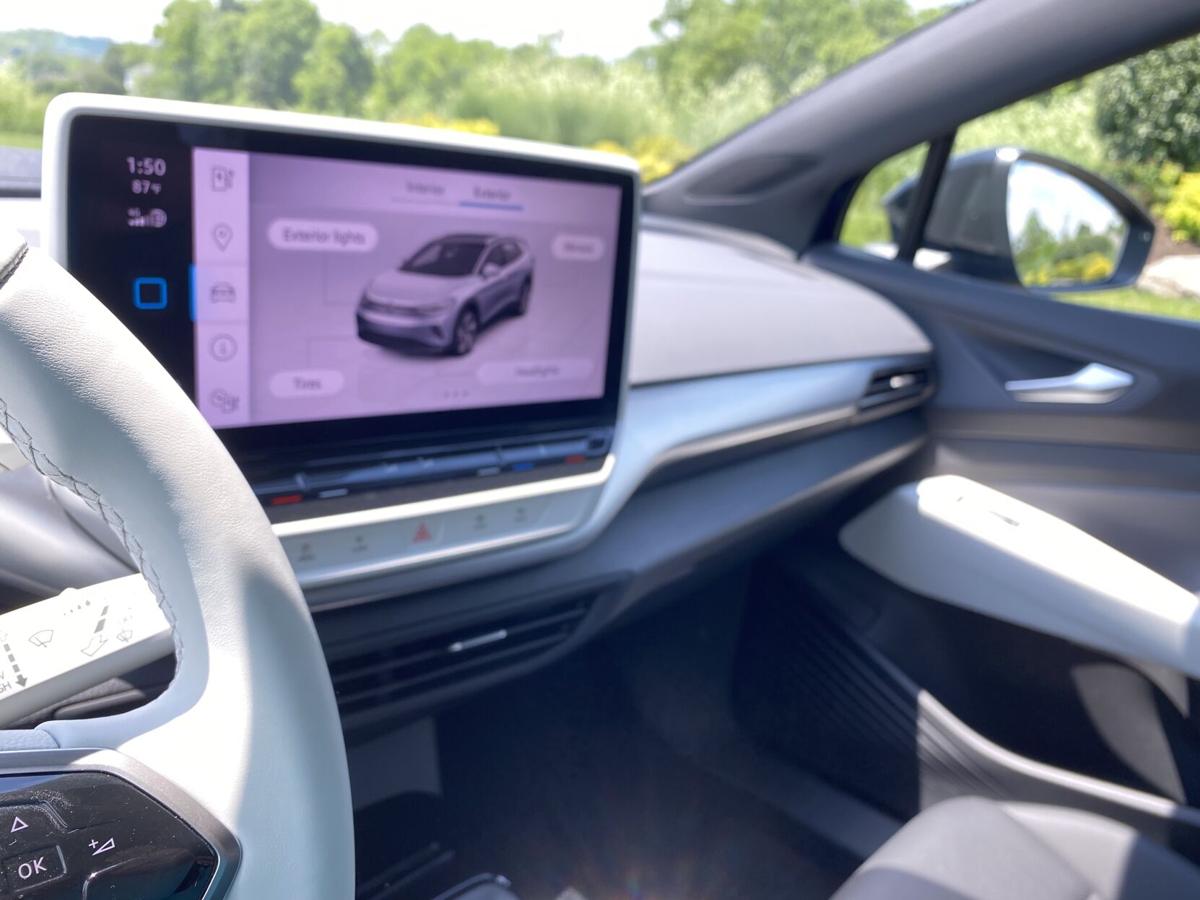 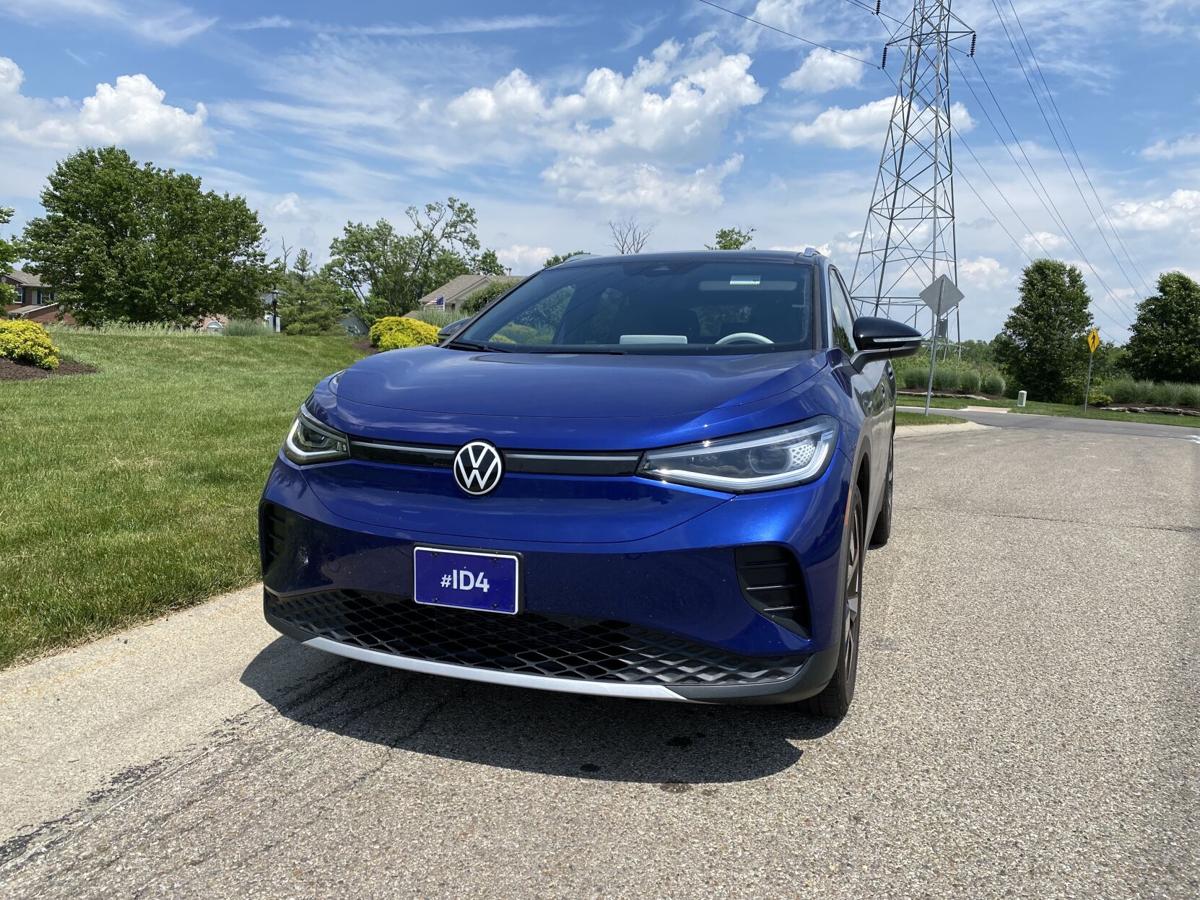 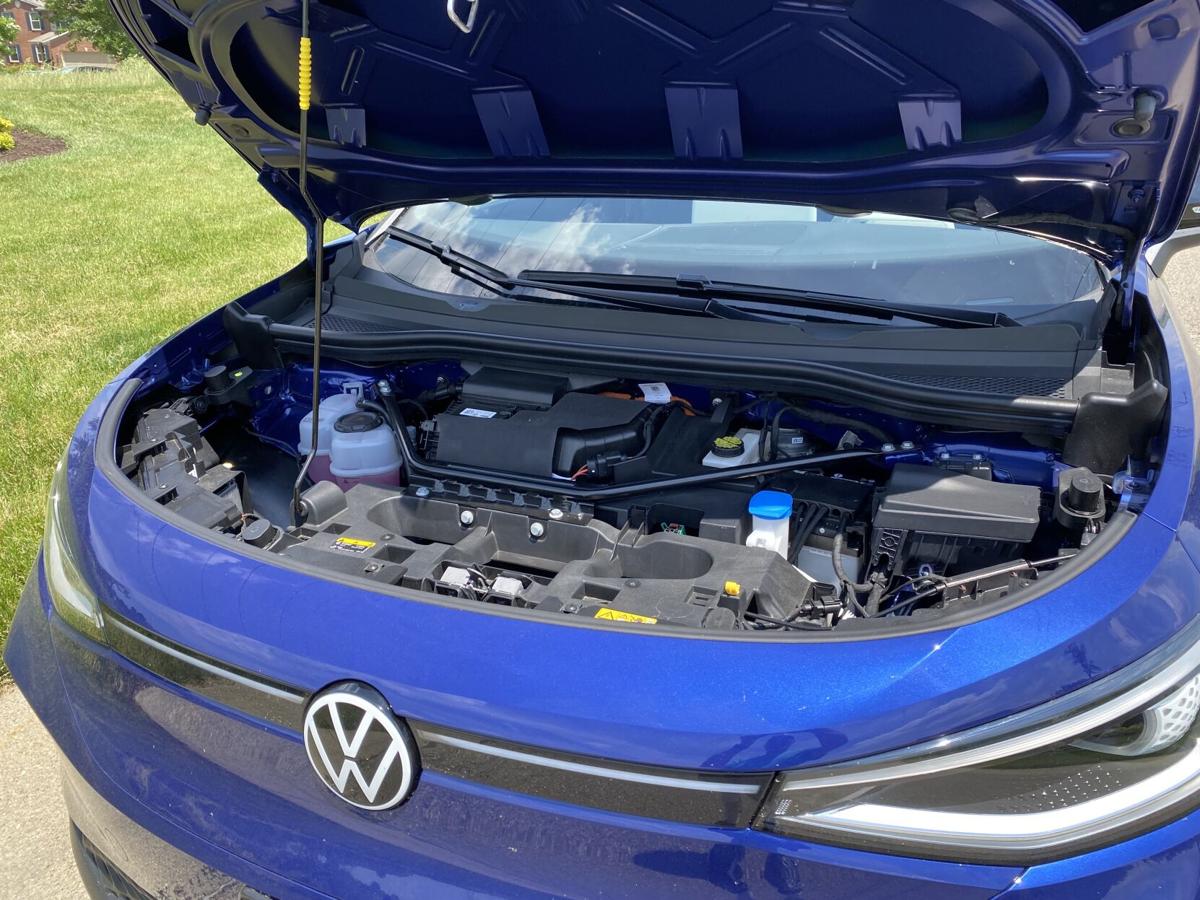 While the ID.4 has some heavy competition with the likes of Tesla Model Y and the Ford Mustang Mach-E, it really is a vehicle that stands on its own in the type of EV it is.

With a range of 250 miles and only currently available in rear-wheel it changes the handling and driving dynamics. Plus, the single motor and 77 kWh battery means the ID.4 is a little slower (in comparison to Tesla and Mach-E) in the 0-60 times, but still faster than most gas-powered compact SUVs.

And truly, most consumers of the ID.4 will come from the internal combustion engine (ICE) world migrating from a vehicle like the Honda CRV or Toyota RAV4. So the ID.4 doesn’t have to compete with EVs, it just have to be itself.

And it’s pretty good at that. It has fairly conservative looks with a familiar boxy profile, which is standard for the compact SUV segment. There’s less frills on the ID.4 than other EVs, but yet the ID.4 still has its own personality and shows through.

Clearly, this is not a “normal” Volkswagen and that’s okay. I expect and want EVs to be different from ICE vehicles and most of the EV consumers want that as well.

A rear-mounted single electric motor makes 201 horsepower. This feels like a small number for an EV and it is in comparison, but if you put the ID4 against a CRV it will feel much peppier. It doesn’t quite have the torque thrust of other EVs but it has cool, controlled power and still feels surprisingly quick.

It just does so in such quiet refined way that the power and performance are a little deceptive. Unlike where the torque and power are obvious, the ID.4 isn’t quite the show off.

I was disappointed that there was no one-pedal driving in the ID.4, as there is in a Tesla or Mach-E. That really makes driving engaged and fun and was a letdown as far as the ID.4 goes.

Otherwise the performance is good and the ID.4 has the best turning radius of any SUV I’ve driven. The overall handling is outstanding too, thanks to the rear-wheel drive motor. The quirky placement of the gear shift where a twist of it away from you puts it in drive and a twist toward you puts it in reverse took a little getting used to. However it’s actually really intuitive layout and placement.

The rear seats are comfortable for two adults, with a third pushing the comfort level. Headroom, thanks to the more boxy styling is good and the legroom is adequate but not stellar.

Another disappointing aspect is the lack of a frunk, or front trunk. This has come to be expected from EVs, but Volkswagen inexplicably put part of the powertrain and brake fluid and other fluid containers in the front, and left no room for a frunk. The lack of a frunk is the thing that is most egregious with the ID.4.

The 77 kWh battery allows for charging on Level 3 chargers and can get to more than 90 percent in less than an hour. And unlike the Mach-E the ID.4 seems to charge extra quick once it hits the 80% plateau whereas the Mach-E seems to slow down significantly.

Price is the one area that makes the ID.4 attractive. This will be a great “intro to EV” type of vehicle. Whereas very early adapters may have turned to the Nissan Leaf those same consumers will likely consider the ID.4 as it has a starting price just over $41,000 making it one of the lowest-priced EVs on the market.

Consumers care about value and the ID.4 has that in spades. It doesn’t feel cheap, has a lot of personality and is more fun to drive than the average compact SUV (not named Tesla or Mustang Mach-E0. Oh and you won’t have to spend money fueling it up, which adds to the value and appeal.