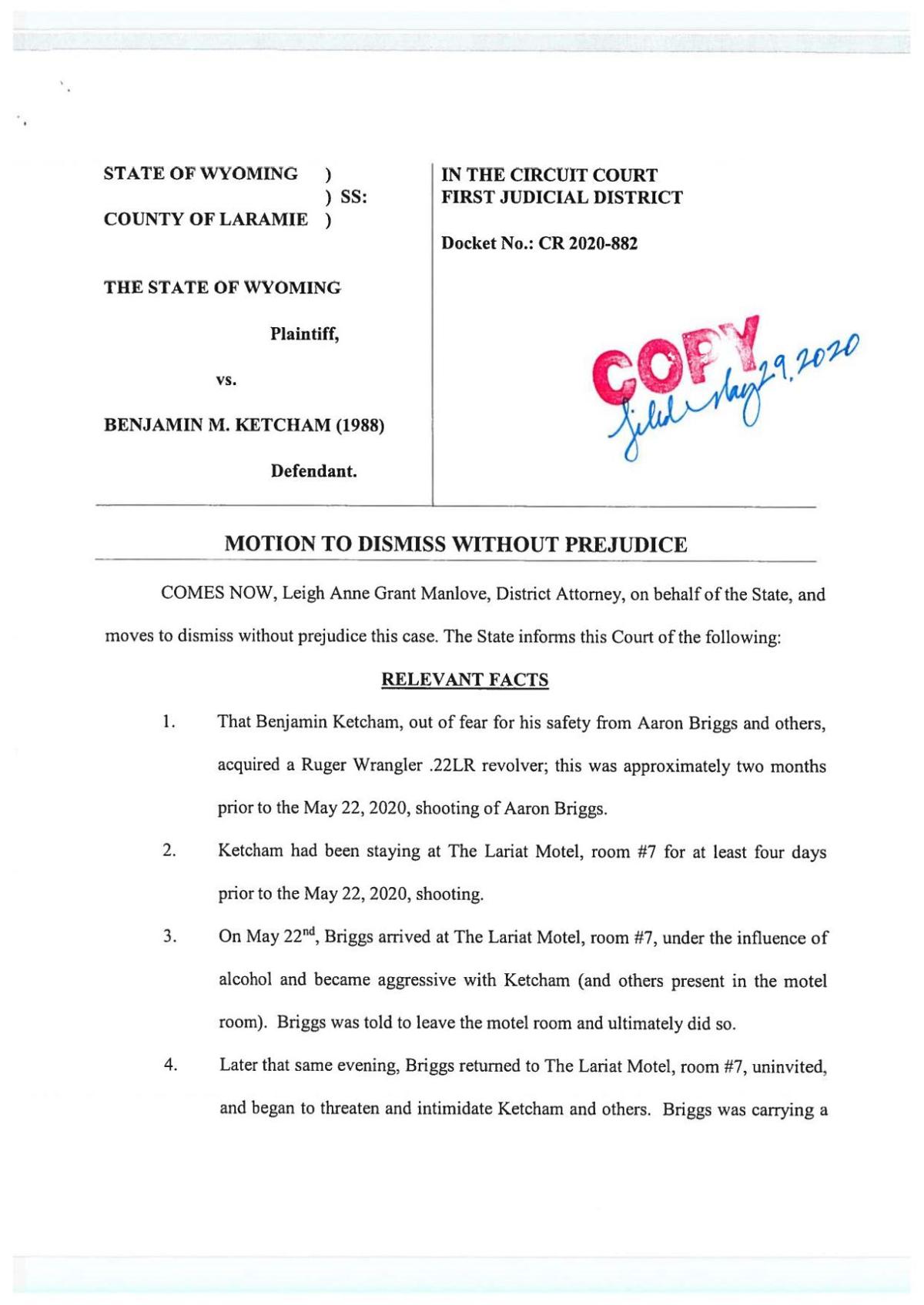 District Attorney for the First Judicial District of Wyoming, Leigh Anne Grant Manlove, issued the following statement regarding the dismissal of the single count of second-degree murder against Benjamin Ketcham (CR-2020-882).

“After a thorough briefing by detectives from the Cheyenne Police Department regarding their investigation, and an analysis of those facts under Wyoming law, I made the only decision I could, which was to dismiss Mr. Ketcham’s case,” Manlove said.

“Based on the information available on May 22, 2020, there was probable cause to believe that Mr. Ketcham committed the crime of second-degree murder,” Manlove said. “But as the investigation matured and the facts were fully developed, it became clear that under Wyoming’s reasonable defensive force law, Wyoming Statute § 6-6-602, Mr. Ketcham is immune from prosecution,” Manlove said.

“It is my hope that this information will not just inform, but help the public to understand that while Wyoming law provides for immunity for an individual who exercised reasonable force in self defense, it is only available under certain, narrow, factual circumstances,” Manlove said. “Those facts were present in Mr. Ketcham’s case, but I have deep concerns that this dismissal will be misconstrued as a ‘get out of jail free card’ for anyone who wants to use lethal force for any reason,” she said. “It is not,” Manlove said.

“The charges against Benjamin Ketcham will be dismissed and he will be released from custody,” Manlove said. “Wyoming Statute § 6-6-602, although it is new, is very clear: it prohibits the prosecution of an individual who, under certain facts, was justified in the use of self-defense force,” Manlove said.

Report: States whose unemployment numbers have recovered the quickest

The State’s Motion to Dismiss Without Prejudice, and the supporting Affidavit of Probable Cause, dated May 29, 2020, are attached to this press release.

Now available: A happy little show that helped the world find 'The Joy of Painting'

An Unexpected Diagnosis – the Risks of Underestimating Non-Melanoma Skin Cancer