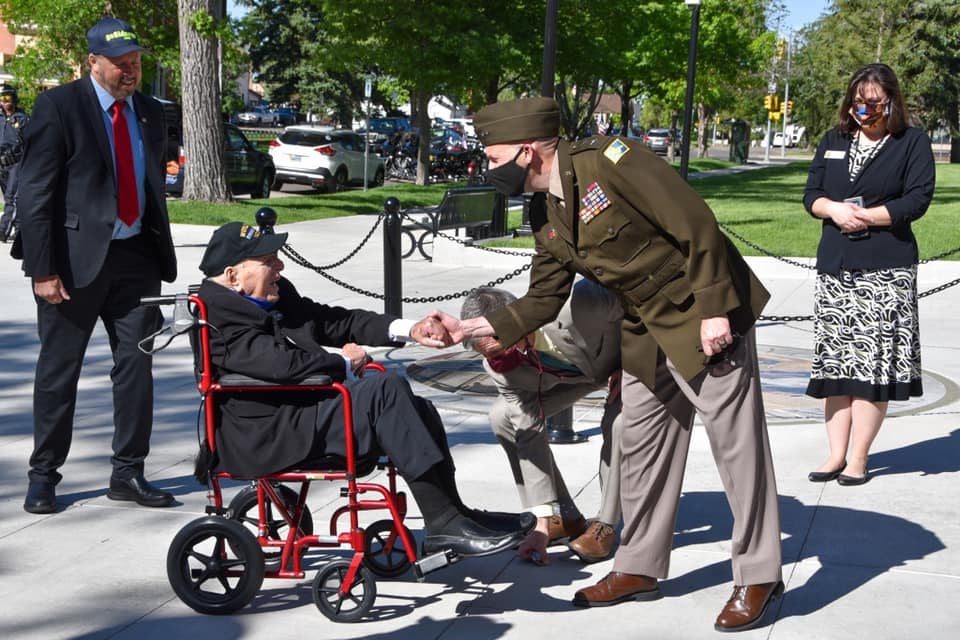 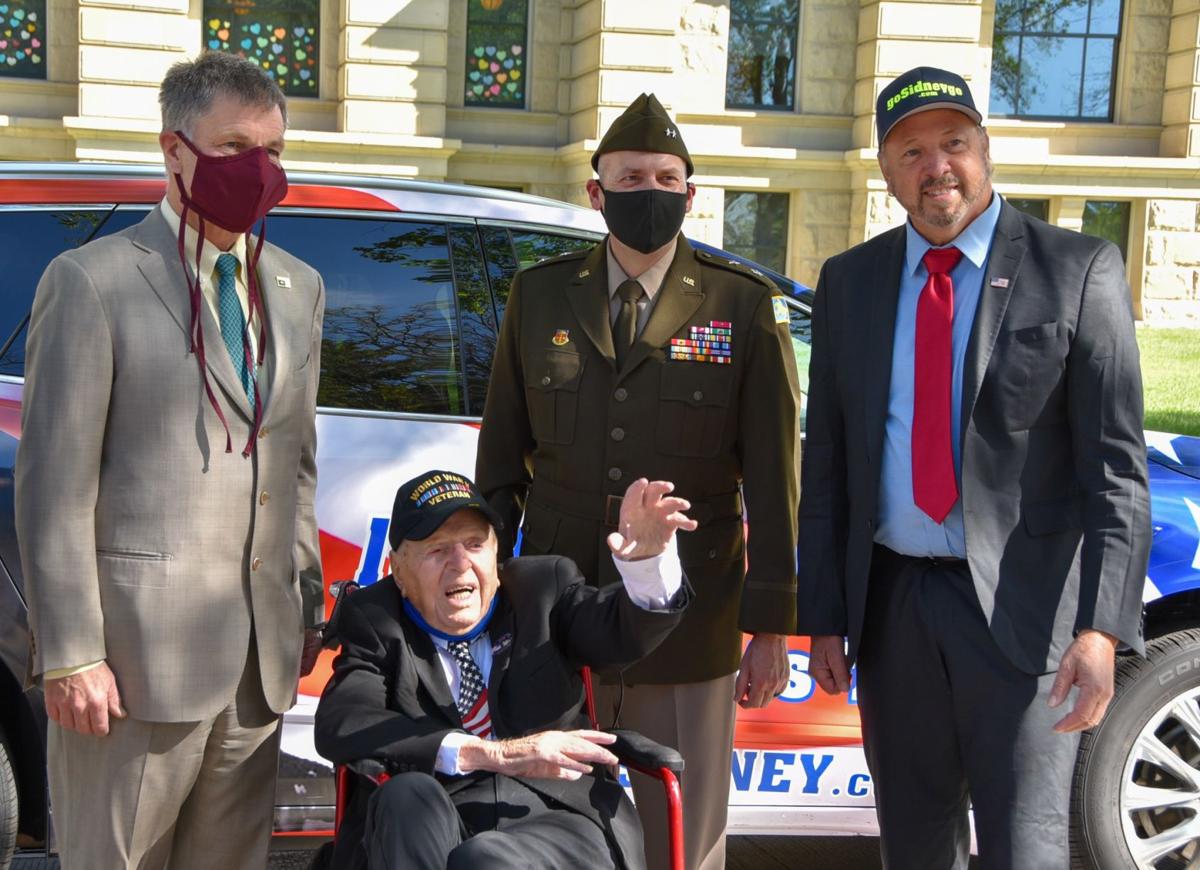 The steps of the Wyoming State Capitol were the scene of an important meeting this past Monday June 8. Wyoming Governor Mark Gordon and the adjutant general of the Wyoming National Guard, Maj. Gen. Greg Porter met with World War II veteran Sidney Walton, 101. Sidney joined the U.S. Army in 1941 and served in the 34th Infantry, 8th Division.

Earlier, Governor Gordon honored the memory of D-Day, saying “On this day in 1944, Allied troops stormed the beach in Normandy and changed the course of World War II. On D-Day we remember their bravery and honor their sacrifice.”