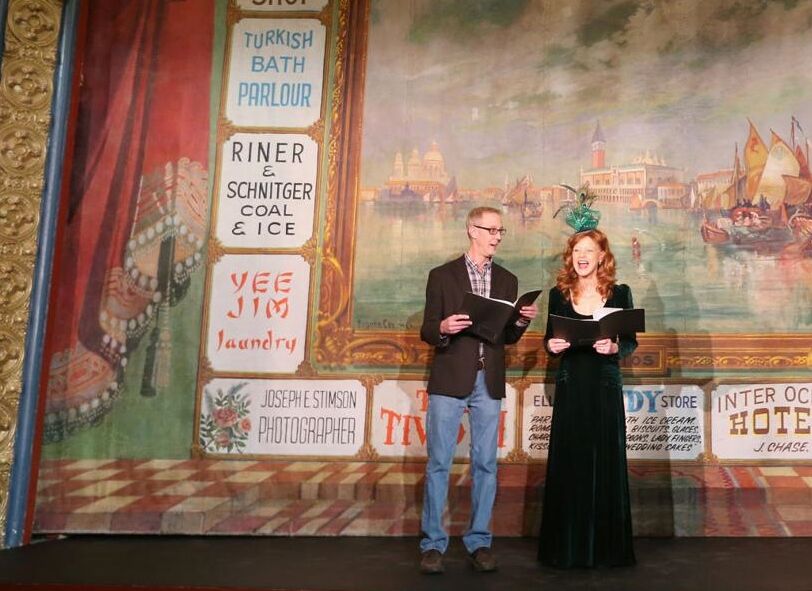 Managing Director Todd Martin, and Brenda Lyttle, in costume as Lady Emerald, the mascot of the Atlas Theater, announce the purchase of the building next door to the theater. 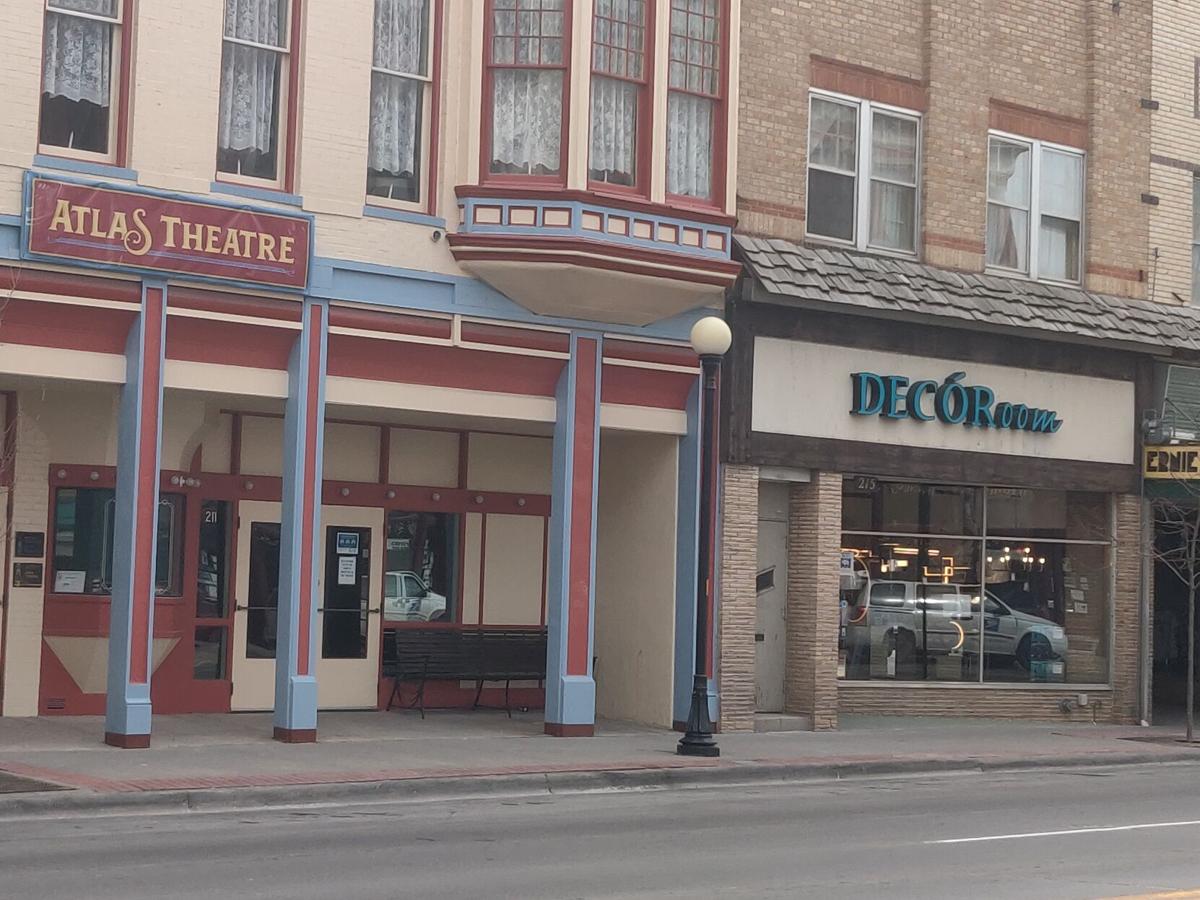 The Cheyenne Little Theatre Players purchased the building next door to the Atlas Theater. Decoroom is in the building and will stay there for 2-3 years.

The Cheyenne Little Theatre Players have purchased the building at 215 West Lincolnway, next door to the Atlas Theatre. The purchase price was $300,000, and thanks to a behind-the-scenes fundraising campaign, CLTP was able to pay for the building with cash.

"It's a very huge accomplishment," said Mary Hall, President of the Cheyenne Little Theatre Players Board of Directors.

The building is currently occupied by Decoroom, and the business plans to say there for two to three years.

"We're going to be landlords for a few years with her," said Todd Martin, CLTP Managing Director.

CLTP has some immediate needs for the new building. They want to connect it to the Atlas and build an elevator to the balcony and upper floors of the Atlas.

"The hope is it will allow us to expand our lobby space, expand the bathrooms. Of course, we'll have to bring everything up to ADA compliance, which means putting in an elevator to the balcony and to the upper floors of the Atlas Theater," Martin said.

The theater group also plans on getting input from the community.

"We will start taking input from a lot of sources, the donors, people who've been on stage at the Atlas theater. We haven't even started the planning stages," said Hall.

A total of $600,000 was raised through the Friends of the Atlas, a subcommittee formed about five years ago. Half went to the purchase. The rest will go to immediate repairs and maintenance.

Alane West, Wayne Hansen, and Mike McGowan approached the Board of Directors in 2016 and asked for a separate fundraising group to support the historic Atlas Theatre. The group has raised close to $940,000 since then.

The money has been paid for repainting the theatre and lobby, redoing the building's façade, repairing the roof, and more. Buying the building next door has been a long time dream.

"This has been suggested to us many times," Hall said. "In fact, clear back when they purchased the Atlas Theater, their thoughts were that they were going to probably need to purchase some of the adjacent property."

Alane West, the chair of Friends of the Atlas, said the building's purchase took a lot of effort. "It wasn't on the market. I simply found out who owned it and asked them if I could come talk to them. I got Wayne and Mike and I, and we just explained to them what we wanted to do and were they interested in selling, and they said in the long term we would be, and we would consider it. We kept talking to them until they said yes," she said.

A sizeable portion of the money came from several large donors.

"No one has asked to be recognized. No one wanted anything. They just wanted to see it happen," West said.