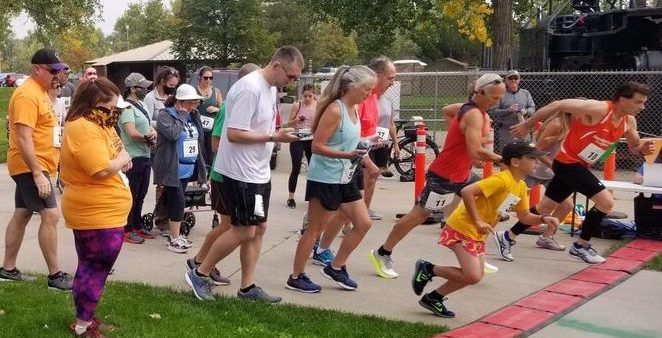 Runners and walkers hit the trail at the Spring into Green 5K run and walk. 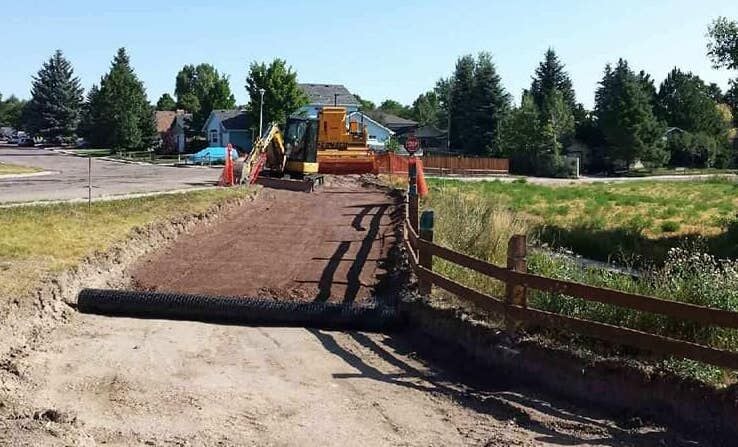 Greenway repairs are funded through private donations and the sixth penny tax.

As the Cheyenne Greenway Foundation marks 30 years of community service, its members have attainable goals in mind moving forward.

The Foundation strives for public support of the trails system and works toward securing private funding to complete special projects.

Secretary Nancy Olson said she discovered the greenway after moving to Cheyenne, and she feels it's one of the three best things in the city.

"I was fortunate enough to serve on the Greenway Advisory Committee, which is made up of The City of Cheyenne, the county, some of their staff, and citizen members," she said. "They have been guiding the development and planning the greenway for almost 30 years."

She said the Foundation got its start on Earth Day in 1990 with a bunch of people who met in Martin Luther King Jr. Park along Crow Creek.

"They wanted to clean up the creek and make it pretty," she said. "They said, wouldn't it be beautiful to have a nice walking path to enjoy nature. They got a bunch of donations, worked so hard, and they created the first section of the greenway, as we know it."

In 1992, they staked out the riparian areas and along the railroad corridor, where the greenway would be the best place to go.

"We're about 90 percent done with the original plan, but there have been many other plans done and other sections connected," Olson said. "About 90 percent of the people live within a mile of a greenway section."

The Foundation wants to maintain the greenway as a linear park that serves the public well all the time, and there's no fee.

The Greenway advisory committee adopted a spot and has always had a section to clean up.

"It is one of the most popular sections for the people to go out and tackle because it does collect a lot of trash that comes from garbage blowing around and getting stuck in all the different trees and Fawna in the creek bed," Olson said. "It's a section down on 1st Street."

"The city has never spent any money on the Greenway," she said. "It's all been done with the fifth and sixth penny and grants to build and maintain it."

She called the Spring into Green 5K run and walk an enjoyable day.

"We give medals, and we always serve a light breakfast," she said. "We have entertainment, like a band or a DJ, and try to make it fun."

Funding from events and donations gets reinvested, and the group used the proceeds to put in park benches.

"We've put in picnic tables at different places," she said. "We put in the two murals down at Holiday Park."

Greenway President Jim Walter said the Greenway is being more aggressive with its fundraising efforts this year.