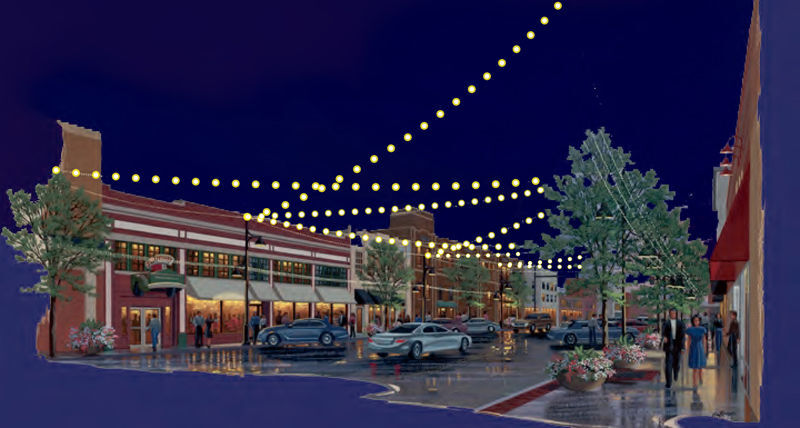 Four out of five blocks of 17th street in downtown Cheyenne have lights strung across, to make the street more pedestrian friendly. The fifth one, which is between Carey and Pioneer and includes the new municipal courthouse and the parking garage, does not have lights. And it looks like that won’t change anytime soon.

In 2012, voters approved a list of projects on the 6th penny tax ballot. One of those projects was to string lights across 17th Street downtown. But the project fell short by a block, and the businesses on that block are not happy.

“Why would you skip an entire block?” asked Brian Snyder of Bohemian Metals.

“I don’t know why they skipped us or where the money went,” said Katrina Amundson, owner of the 17th Street Salon.

There is money left over from the collection of the 6th penny tax… more than $3 million worth. But last summer, the city council passed a resolution limiting how that money could be used.

Two Louisville officers shot as protesters take to the streets

“It says all excess tax funds are hereby appropriated for the operation and maintenance of all capital construction expenses related to the August 21, 2012 voter approved projects, so that whole amount, based on this resolution, could have been for the lights,” said Cheyenne City Treasurer Robin Lockman, CPA.

However, a second part of the resolution specified that city staff was to draw up a priority list of projects that were listed on the ballot. Mayor Marian Orr and city department heads decided to allocate the overage  money based on the size of the original projects. So the new police building, for example, made up 45% of the ballot, and received 45% of the overage.

“Best case scenario is $150,000 plus or minus a little. There’s a shortfall there that we’ll have to figure out and resolve,” said Amber Ash, Executive Director of the Downtown Development Authority.

Ash admitted the DDA is focusing on other issues, “I don’t want to say its not a priority because obviously the project’s been started and the taxpayers allocated money to it and we need to figure out how to get it finished. Right now our focus is on making sure we keep the stores open and we continue to support them as well as support new businesses that are onboarding in spite of Covid.”

City Councilman Pete Laybourn would like to see more attention paid to the lights. “We definitely should complete through that block.  It’s wrong not to,” he said.

But unless the DDA can come up with a way to cut costs, or find additional funding, the prospect of filling in the dark block is bleak.