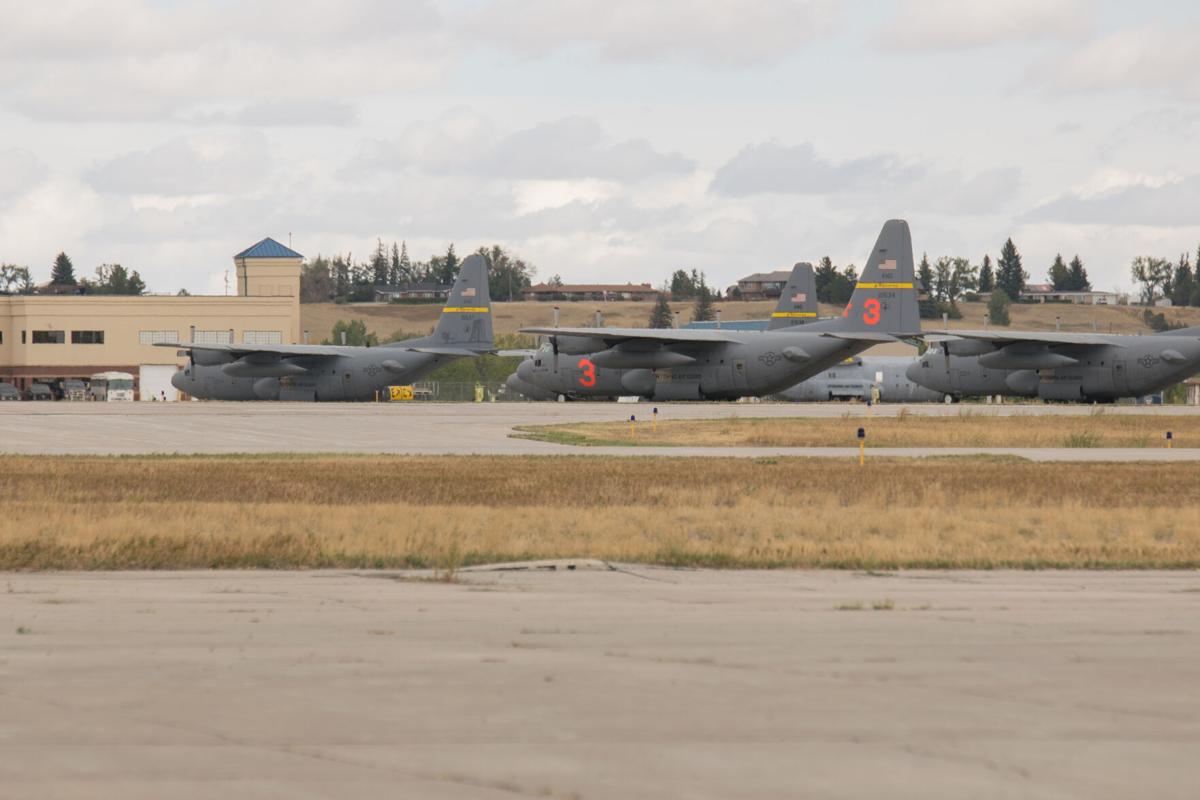 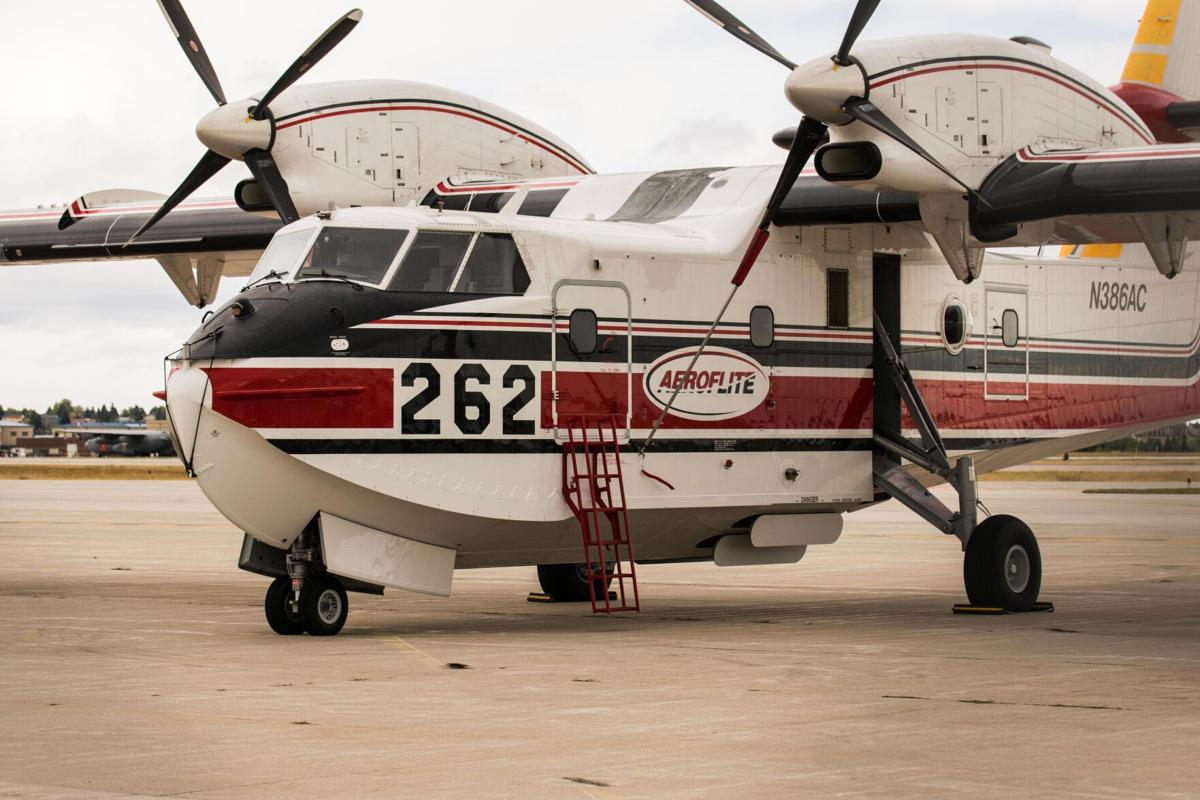 A firefighting aircraft on the ramp at Cheyenne airport on Sunday afternoon. Aircraft were grounded on Sunday due to high winds.

Massive amounts of air support are being used to fight the Mullen Fire from various commercial operators as well as government agencies. As of this writing, the Mullen Fire has 2 super scoopers, 4 single-engine air tankers, and 9 helicopters working the fire. Two heavy tankers are also available. There is no shortage of commercial aviation support on the Mullen Fire.

Wyoming Air National Guard has eight C-130 heavy-lift aircraft, and two of those are capable of aerial firefighting. They play a key role is fighting wildfires not just in Wyoming, but all over the region.

The C-130 currently in Cheyenne has returned from its California mission, but does not have the MAFFS equipment.